August 29th slipped by quietly.  Just like the first day I started, inconspicuously.  Upon a casual suggestion from my son, I set up a blog and posted my first mini movie review, oblivious to what I was venturing into, not knowing what a widget was, or how to embed a link.

Now two years and 176 posts later, I am a happy sojourner in the blogosphere.  Still, I have no idea where this will lead, but I’m not too concerned, because through these past blogging days, I’ve been enriched and gratified.

My thanks to all who have taken the time to stop by Ripple Effects.  I know a few might have just stumbled upon, your visit is just as valued.  While some bloggers might tell you they live on comments, and I don’t deny the life-sustaining power of comments, I must express my appreciation for my silent readers. A click on the readership map on the sidebar can tell where they are.  To all of you out there from all corners of the world, I want to assure you that you’re more than a red dot on the map.

These two years have seen some unexpected ripples, like a screenwriter leaving her comment in my review of her movie, or, a writer suggesting a differing opinion to a book I reviewed and pointing me to his own work. The most encouraging would be a private email from a reader who told me she had sent my post link to someone whom she thought could be comforted from a personal tragedy. The blogosphere is a virtual world of human experiences and pathos, a reality no less poignant and alive than our everyday encounters.

I’m glad to see as well that Ripple Effects has evolved into some sort of a mini forum where ideas are exchanged and experiences shared.  I’ll be all the more gratified if the trend continues, where people would come for the comments as well as the posts, or even instead of … just the same.  You are all contributors.

I’m inspired too that we can explore together the universals among us all, sentiments that connect rather than segregate, and to seek beauty in the mundane, the transcendence in the temporal.  My thanks to all of you who regularly leave thought-provoking comments to make Ripple Effects a worthwhile stop in the hustle and bustle of life.  I’d be happy if it can be a restful way station along the journey. 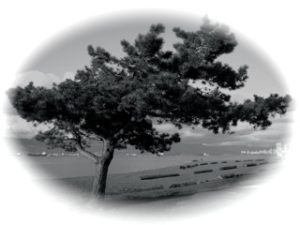 I’ve been a book and movie lover since childhood.  As a young reader, I would rate the stories I’d read, putting a check mark or two by each title in the table of contents.  I remember also, for my own pleasure, I would write up chapter summaries of a book that I loved, illustrating the content with pencil crayons.

As for movies, I practically grew up with them,  both on TV and in theaters, during the pre-VCR days. I was a good re-teller of stories too, recounting in details the plot of movies that had touched me, to whomever that had patience enough to listen to a child.

Two people came to my mind as I write this.  During my childhood days growing up in Hong Kong, our family had had live-in maids helping with cooking and housekeeping.  One of them had been with us since my infancy.  I had watched her many times, peeping into her spartan sleeping quarter in her after work hours, and found her reading in bed.  She read classical Chinese literature, now that’s like reading Shakespeare without Coles Notes, or even Beowulf without translation.  Who says Renée the concierge in the Hedgehog isn’t a realistic character?

Another came at a later stage, looking after our meals. She was always the one who had patience enough to listen to me retelling stories from movies.  I would go into the kitchen and follow her around, describing to her in details the exact plot and even dialogues from movies I had seen.

I remember one time, I was especially moved by a film entitled ‘Misunderstood’, (Incompreso, Golden Palm Prize, Cannes Film Festival, 1966).  It was about a child whose mother had died.  The only memento of her was a tape recording of her voice, which he listened to frequently, until one day he accidentally erased it.  As I was telling her the story, I saw tears well up in her eyes, and she begged me for more.  That was one of the most gratified moments for me as a child… I had been heard.

I think blogging opens for us this powerful access and offers us unimaginable possibilities… every single voice can be heard, every view readily expressed and acknowledged.  Even if the feedback is an opposing opinion, it just means that the ripples have reached far or near, spurring resonance deep enough to rebound. In this world ruled by technology and bytes, blogging might well be one of the most human of modern inventions.  A voice can still be heard by those who have patience enough to hear.