With the announcement of the 84th Academy Awards Nominees this morning, I’ve prepared here a guide to the 9 nominated films for Best Picture plus a few more. I’ve seen them all except one, which I admit is somewhat unexpected, that’s Extremely Loud and Incredibly Close. For some of the others, do click on the link in the title to read my full review.

Here are the 9 nominees for Best Motion Picture:

The Artist —  Riding high the waves in this Awards Season, and most likely to grab the top Oscar. Kudos to the filmmakers for taking a bold and contrary step to pay homage to the silent era of Hollywood. Audacious in its attempt at a black and white silent film in 2011, where CGI and 3D’s are the cinematic effects, a long way from the great advancement of sound. Sure it’s light and frothy, which makes me admire all the more the boldness and foresight of the financial backers. Actions do speak louder than words. 10 noms in all.

The Descendants —  Well acted, probably George Clooney’s best performance I’ve seen, a close Oscar contender with Jean Dujardin of The Artist for Best Actor. The idyllic setting in Hawaii shrouds conflicts among family members: between husband and wife, parents and children, and in the extended level, relatives when it comes to monetary gains and interests. A fine film from Oscar winning director Alexander Payne of Sideways fame. While there are interesting twists and turns, the ending is predictable. A close contender with The Artist for Best Picture.

The Tree of Life — I’m excited to see Terrence Malick’s existential epic included in the list.  The film generally draws two opposing reactions, like its premiere in Cannes, boos and applause. Ironically, those might well be the two ways the film portrays, two possible views towards life. Other noms: Terrence Malick for Best Director, and deservedly, Emmanuel Lubezki for Best Cinematography.

Midnight In Paris — It has been a long time since Woody Allen won a Best Picture Oscar (Annie Hall, 1977), glad it’s time again for a nod, even though its chance of winning is slim. As in a few other nominated movies on this list, nostalgia is key. An imaginary trip back to Paris during the literary and artistic golden age of Gertrude Stein, Hemingway and Picasso, an aspiring writer from California learns the notion of golden is only relative. What’s precious may well be the time at hand. Woody Allen also receives noms for Directing and Original Screenplay.

Hugo — Leading the Oscar nom counts with 11. Another homage to the cinema, or, the creation of the cinema dating back to the Lumière Brothers, but specifically to Georges Méliès, the French innovator of cinematic special effects. Interesting to see Martin Scorsese uses the modern technique of 3D to honor the pioneer Méliès. A visually stunning adaptation of Brian Selznick’s The Invention of Hugo Cabret. Scorsese has proven to me that 3D doesn’t have to be synonymous with soulless gimmick. Heart-warming, beautiful film for everyone. 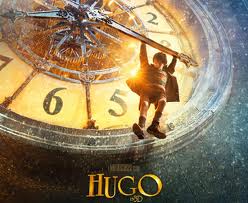 The Help — As Roger Ebert was labelled “a lackey for imperialism” after writing that he likes ‘Downton Abbey’, I must put in this Disclaimer: I have high respect for the courageous fighters in the civil rights movement, both on a societal level like Martin Luther King Jr. and those making personal steps like Rosa Parks. How I feel about this movie is strictly to do with the movie itself. Ok, here it is: I find it riddled with simplistic and contrived sentiments. The pool of major acting talents are morphed into caricatures. As I was watching, I felt they were all acting, not being. Can’t blame them, they were following a script and a director. Viola Davis nom for Best Actress, Jessica Chastain and Octavia Spencer for Best Supporting Actress. And the Oscar likely goes to Spencer.

The War Horse — Again, a Disclaimer here: I’m not against animals in movies… often, it’s the humans that leave much to be desired. Personally, I’m surprised that this is from Spielberg. Lacklustre storytelling, cliché moments and superficial characterization. The most natural and beautiful actor could well be Joey, the horse. The film is an adaptation of the children’s book of the same name written from the POV of the horse. Now, that sounds fresh and unique.

Extremely Loud and Incredibly Close — The is the only one among the nine I have yet to see, for truly I did not expect it to be nominated for Best Picture. I’ve read Jonathan Safran Foer’s novel, the source material, with mixed feelings. And for it to be adapted into a film, much has to be done to interpret, alter, and display.  So, I reserve judgement on the film until I’ve seen it. 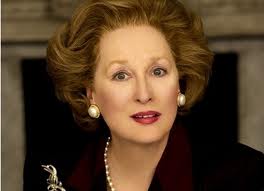 Meryl Streep for Best Actress in The Iron Lady — If you want historical accuracy, go see a documentary. But even there it depends on the POV of the filmmaker.  Director Phyllida Lloyd (Mamma Mia!) has conjured up an internal world of the only woman Prime Minister of Britain, Margaret Thatcher. Unless she comes to rebut the director’s view, who are we to argue against it? Let’s just go beyond the debates and appreciate the marvellous performance by Meryl Streep. This might well be her chance for a second Best Actress Oscar since Sophie’s Choice in 1983. Jim Broadbent always complements superbly.

Michelle Williams for Best Actress in My Week With Marilyn — Michelle Williams proves her amazing versatility here. I mean, after seeing Wendy and Lucy, Blue Valentine, can you imagine a more diverse role as Marilyn Monroe? She delivers convincingly. Kenneth Branagh gets the nom for Best Supporting Actor as Sir Laurence Olivier. And who’s that obscure chap that gets to spend a week with Marilyn? Why, he’s Eddie Redmayne, Angel Claire in Tess of the D’Urbervilles.

Gary Oldman for Best Actor in Tinker Tailor Soldier Spy — Film scholar David Bordwell suggests that we see it as ‘a moving mosaic’. This film is made up of fragments of John Le Carré’s complex and massive work. So it’s better that you’ve read it first before watching. But if you’re like me, abandoning the book without finishing, you can still appreciate the overall atmosphere and the fine acting. Intricately weaving characters and time frames, the film’s intriguing ending has prompted me to go back to the book after watching it. CLICK HERE to read Bordwell‘s insightful review to help you through the Labyrinth.