First off, I’m excited that two movies I reviewed months ago last year and which I’d given top ripples both won the Golden Globe Best Motion Picture Award last night: The Grand Budapest Hotel (Musical or Comedy) and Boyhood (Drama). The Golden Globe Awards marks the new year with excitement and glamour, an apt recognition of fine films made in the previous year, as we eagerly await the ultimate, the Academy Awards. That will be a final wrap for 2014 movies. So what is in-store for us in 2015? For those familiar with Ripple Effects, one of my focus is on books being turned into movies. The Books Into Films posts are some of the most popular on this blog. I’m particularly interested in the adaptation process, how one art form is transposed into another medium. What works, what doesn’t? And above all, how to appreciate each on its own terms. Here is my first list of books to read (or reread) before you go and watch the movie, all scheduled to be released in 2015, some with known dates, some more tentative. A second list will appear in the online review magazine Shiny New Books come January 29.

The acclaimed novel by the award-winning author of Half of the Yellow Sun, Americanah tells a story that crosses three continents in the countries of Nigeria, US, and England, linking two lovers through the expanse of time and space, and exploring the evermore relevant issues of race, identity, drifting and belonging. Adichie’s novel is the winner of the 2013 National Book Critics Circle Award for Fiction among other accolades. It is now adapted into film starring Lupita Nyong’o, on the heels of her 2013 Oscar win as Patsey in 12 Years A Slave, and David Oyelowo, 2015 Golden Globe nominee for his role as Martin Luther King Jr. in Selma.   Brooklyn by Colm Tóibín 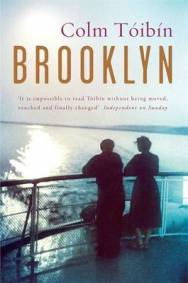 Once again the story of migrating and shifting ground, this time from Dublin to Brooklyn. Colm Tóibín’s 2009 Costa Novel Award winner and longlisted novel on the Booker Prize that year tells the story of Ellis Lacey moving to America from Ireland in the 1950’s, as many did, for new life and opportunities. But her story did not end there. The movie adaptation will premiere at Sundance Film Festival January 26, 2015. Saoirse Ronan plays Ellis. She has come a long way in her career with her first breakout role as young Briony in Ian McEwan’s Atonement. Cast includes Domhnall Gleeson, Jim Broadbent and Julie Walters.   Far from the Madding Crowd by Thomas Hardy

A highly anticipated film adaptation of Hardy’s classic. That Carey Mulligan is playing Bethsheba Everdene increases my curiosity even more, especially as I hear her sing the folksy tune in the movie trailer. Those who hold onto the Julie Christie’s 1967 portrayal as the definitive version should see this for comparison. Screenplay by David Nicholls, who is no stranger to classics on screen, having previously adapted Tess of the D’urbervilles (TV, 2008), and more recently Great Expectations (2012). What makes this newest Hardy adaptation sound promising is its Danish director Thomas Vinterberg, whose film The Hunt was nominated for a 2014 Best Foreign Language Film Oscar. Matthias Schoenaerts plays Gabriel Oak. Note the name, he will appear in another book to film production.   In The Heart of the Sea by Nathaniel Philbrick 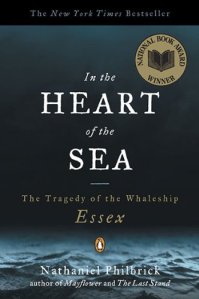 The book records the true story of the tragic loss of the American whaleship The Essex from Nantucket when it was capsized by a sperm whale in the Pacific Ocean in November 1820. A real life Moby Dick, In The Heart of the Sea was the winner of the 2000 National Book Award for Nonfiction. The crews were stranded at sea for months. The book chronicles the tragedy and the horrific experience by a few survivors. Oscar winning director Ron Howard (A Beautiful Mind, 2001) cast the star of his acclaimed production Rush (2013), Chris Hemsworth, in this adaptation. Also notable is Ben Whishaw playing Herman Melville. A versatile actor, Whishaw had played the poet John Keats, the new Q in James Bond, and is now the voice of Paddington Bear, replacing Colin Firth.   Kingsman: The Secret Service by Dave Gibbons and Mark Millar

So what’s Colin Firth been busy doing? One of his new movies coming out in 2015 is the adaptation of a comic book, The Secret Service, created by Dave Gibbons and Mark Millar, definitely not something Firth or his fans could have expected when Mr. Darcy dove into that pond at Pemberley. A comic book? You gasp. That’s right, a totally legit read nowadays, when you have the graphic novel of Proust’s In Search of Lost Time on the same shelf in the library. Firth plays Harry Hart training up a young recruit for the Secret Service, with Taron Egerton, Mark Strong, Michael Caine, Samuel L. Jackson, directed by Matthew Vaughn who had all warmed up with Kick-Ass and X-Men. From the trailer, it sure looks like a visual delight, action-filled, slick and clever. The Secret In Their Eyes by Eduardo Sacheri

This originally Argentine crime thriller was first adapted into a Spanish movie that won the Best Foreign Language Film Oscar in 2010. As soon as I finished watching the film, I downloaded the music soundtrack; it was deeply moving. This is no ordinary crime thriller, but a poignant, psychological exploration of human experience and memories. The new English version of the film has an appealing cast starring Chiwetel Ejiofor (nominated for an Oscar for his role in 12 Years A Slave), Julia Roberts and Nicole Kidman, helmed by Hunger Games and Captain Phillips director Billy Ray. Ray also wrote the screenplay. I highly anticipate this English version, albeit I admit the original language version is usually the more affective and authentic rendition. Silence by Shûsaku Endô 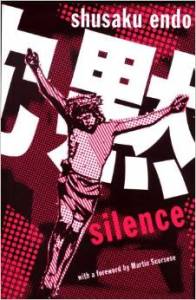 Shûsaku Endô’s historical fiction (1966) on the plight of the Catholic Jesuit missionaries to Japan in the 17th Century is a deep and disturbing novel. It touches on multiple levels of the human spirit and psyche, issues that are not easily labelled by the term ‘religion’, dealing with the problem of faith in a God that appears to be silent in the midst of suffering and persecutions of His followers. In a culture that is xenophobic at the time, Endô, a Catholic himself, confronts the issue of doubt and the power of evil head-on. The book reads like a page turner, and I expect the film adaptation to be cinematically gratifying in the hands of an auteur of the Catholic tradition, Martin Scorsese. The new edition of the book includes Scorsese’s preface. The film is shot in Taiwan instead of Japan, with a perfect cast: Liam Neeson, Andrew Garfield and Adam Driver, screenplay by Jay Cock, screenwriter of The Age of Innocence.

More to come… On January 29, go to Shiny New Books the online review magazine for my second list of 2015 Books into Films.