Trains leaving for Cambridge run frequently from King’s Cross Station in London. We bought tickets for after peak hour in the morning, more leisurely and cheaper price. We were in no hurry, and it was only an hour’s ride. But first, I was most impressed by the train station. I was there years ago for a trip to Cambridge also. But this time around, King’s Cross looks like a space station. What’s more, the old and the new co-exist comfortably : 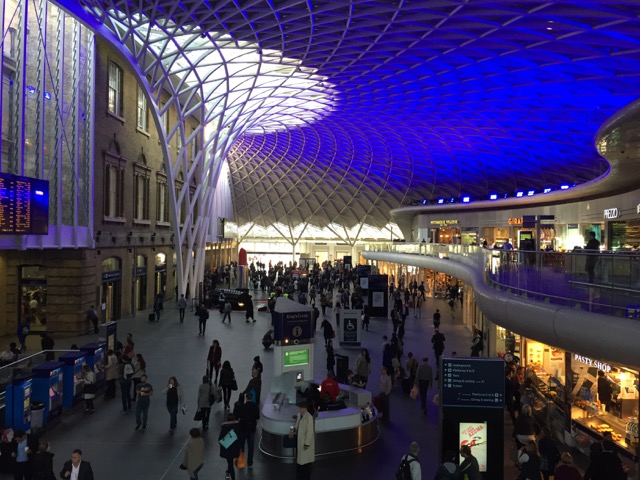 More about the train stations tomorrow. But on this day Oct. 5, 2016, I was at Cambridge again.

When we got out of the train station in the university town, high winds greeted us, sending us to look for shelter in the Hop on Hop Off Sightseeing bus. Yup, what a convenient way to reach all the points of interest, and with commentary as well.

The following are some glimpses of Cambridge, this one taken from the open top bus as we passed by the Fitzwilliam Museum:

These were taken when we hopped off and took to the streets: 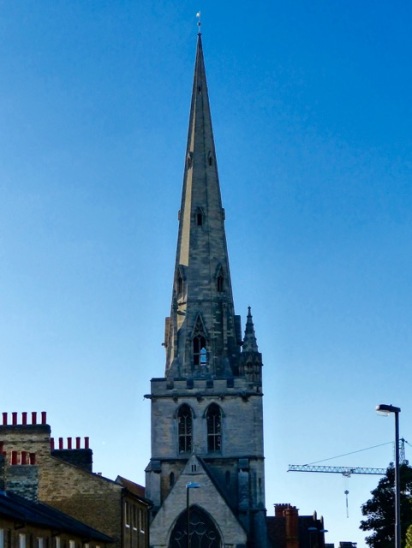 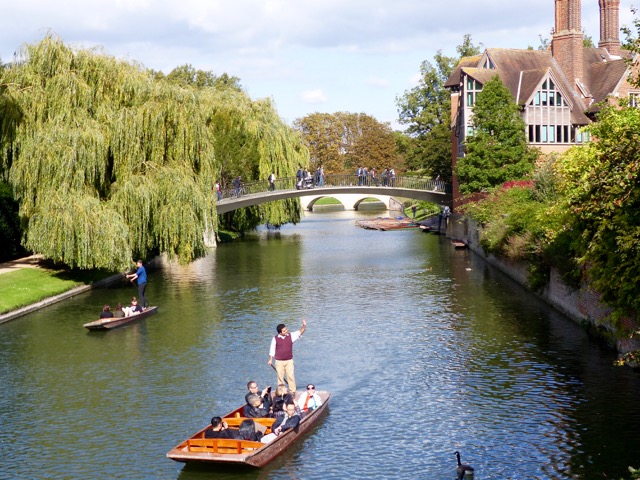 While all these views from the outside were free, they now charged entrance fee to go inside many of the buildings, even just walking into the courtyards and the greens. I remember years ago I could freely walk around. Also there are many more commercial establishments now, which is understandable, and in a way, good for us tourists, and I’m sure the people at the university too. There are many more selections to choose from when it’s time for lunch.

We walked along Bridge Street where there was a myriad of international cuisines, undecided for a while and eventually went into a little restaurant called Galleria.

They offered a 3-course lunch for £12.95  Not bad at all. The appetizer and main course were both delicious, but I was most happy with the dessert, a chocolate raspberry mouse, that’s the pyramid at the front in the following pic, my cousin had the apple pie. But I can tell you, mine was heavenly:

As we came out of the restaurant and crossed the street, we saw this beautiful view:

We spent the afternoon strolling along the streets: 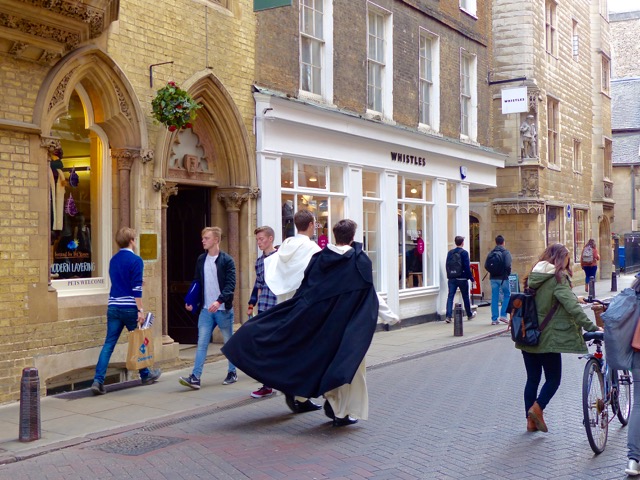 and stayed a while in Waterstones, the four-floor bookshop. It’s been years since I set foot into a multi-storey bookshop with elevator. We used to have one in our city but it’s long gone out of business. Other than the books, I was attracted to these Penguin tote bags and the blackboard:

Soon it was time to head back to the train station. Hop on to the sightseeing bus once again and we were soon on the train back to London. The whole evening was still untapped.

15 thoughts on “Day Trip to Cambridge”