My cousin and her husband came to visit from Ohio.  They wanted to see ‘the most beautiful highway in the world’.  Not that I’m touting my own horn, but if they didn’t mention it I wouldn’t have known of such a claim.  That’s the stretch of roadway from Banff north to Jasper National Park here in Alberta.  Since I considered that part of the country my neck of the woods (relatively speaking), I was glad to take to the road with them as a guide.  Yes, I admit beauty may be subjective, but I’m sure you’ll agree these are some of the most extraordinary sights one can behold.

Canmore, Alberta, is the gateway to Banff National Park.  This little town hosted some of the ’88 Winter Olympics events at its Nordic Centre.  Here’s a view of the nearby Three Sisters Mountain at dusk when we arrived:

From Canmore we headed to Banff National Park the next morning.  Despite the commercialized Banff Avenue, we could still get close to the wild near the Bow River. Elkie was so busy munching his lunch that he seemed oblivious to his human intruders: 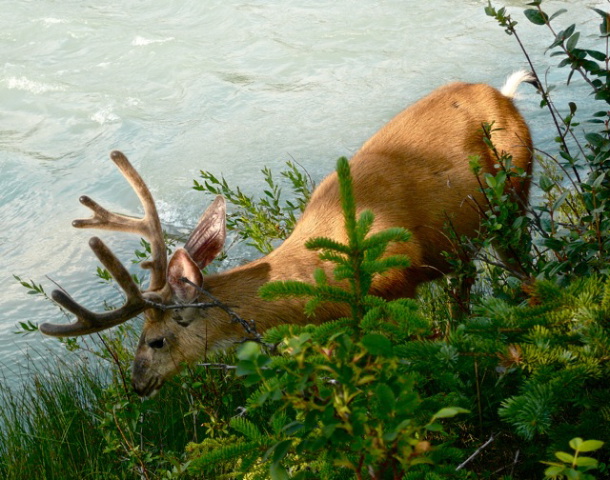 From Banff, we continued on the Trans Canada Highway to Lake Louise and Moraine Lake. If you happen to have an old Canadian twenty-dollar bill, take a look at the back of it.  Here’s the real thing, Moraine Lake: 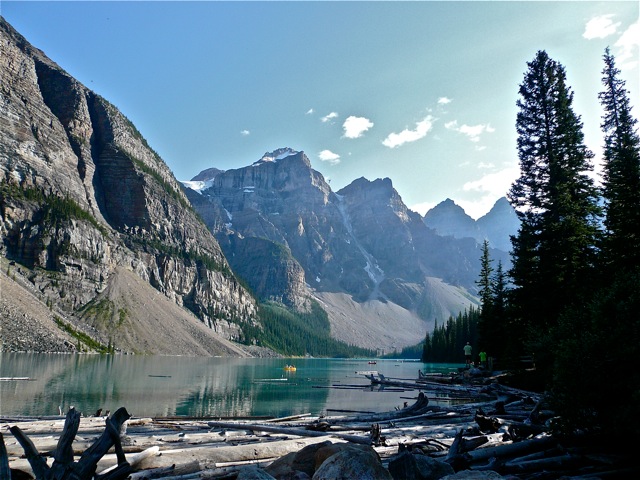 From Moraine Lake, we headed north on highway 93, the Icefields Parkway, towards Jasper National Park. This stretch of the road offered some of the most beautiful sceneries in the world.

Bow Lake at the bottom of glaciated mountains.  The beautiful emerald color is the result of rock flour, moraines grounded to fine powder suspended in the water:

The Clark’s Nutcracker is a common bird in the area, among wildflowers by the glacier water: 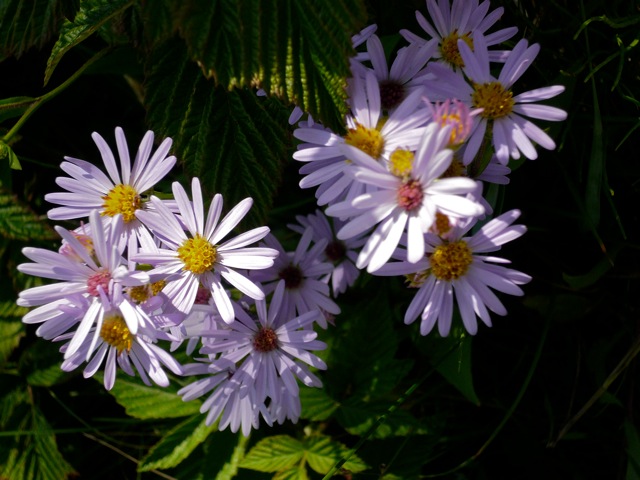 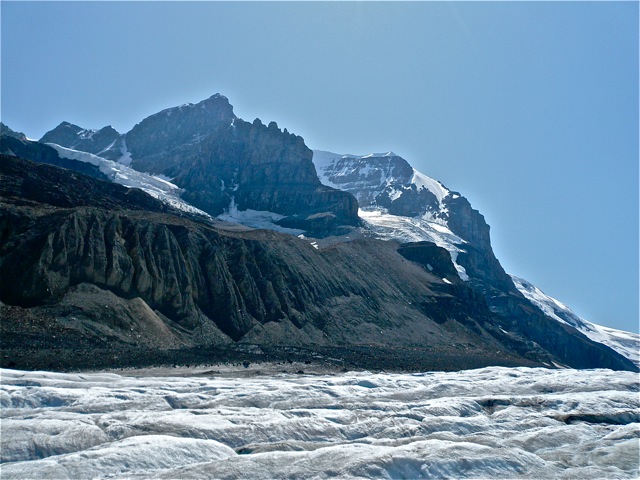 That was only the entrance of Jasper National Park, but more than we could fathom for our short excursion.

All photos taken by Arti of Ripple Effects https://rippleeffects.wordpress.com August, 2009.  ALL RIGHTS RESERVED.

17 thoughts on “From Banff to Jasper”