Took a short trip to Ontario last week and came home overwhelmed with nostalgia.  It all started when I visited the town of Unionville and saw these, crowds and crowds of cattails growing profusely in the pond, the fields, by the footbridge:

For some inexplicable reasons, I’m much fond of cattails. The first time I learned about them was from listening to the song by Gordon Lightfoot… before I’d actually seen one.

Some time in the 70’s, for many afternoons I sat in the art room of a high school somewhere in Alberta, working on some art project, but mostly doing nothing at all while listening to Gordon Lightfoot.  Mr. Hannington held a laissez faire art class… we could do just about anything, or nothing.  Usually, there would only be three or four of us in the room.  We would just sit around, chat, daydream, and immerse in the voice of Gordon Lightfoot on the radio.

I didn’t turn out to be an artist, while one of us did.  But I’ve remained partial to cattails, mesmerized by the song and the singer.  Those Lightfoot afternoons in the art room emerged from the depth of hazy memories, the lyrics were the soft winds caressing naked limbs as I walked in this natural reserve in Unionville. 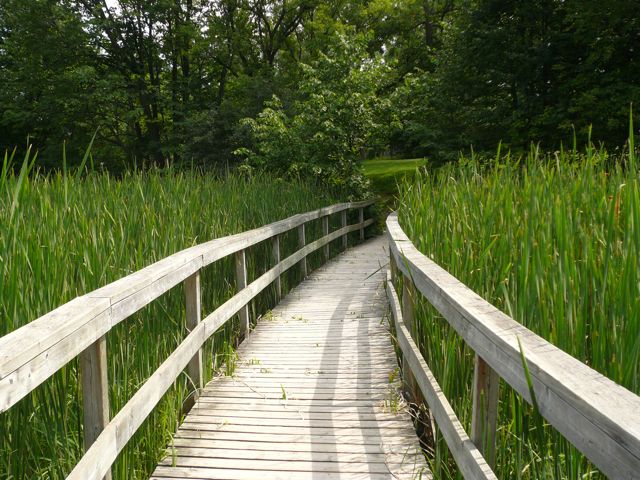 Catbirds and cornfields, daydreams together
Riding on the roadside the dust gets in your eyes
Reveling, disheveling the summer nights can bring
Pussywillows, cat-tails, soft winds and roses

(To my artist friend CD: Keep the fire burning.)