The whirlwind visit by the Duke and Duchess of Cambridge William and Kate to Alberta has come and gone. I’m glad that they cared to visit Slave Lake where 40% of the town had been destroyed by wildfire in May, but has now come under another disaster, flooding.

Arti is also impressed by the royal couple’s secret hideout July 6 near Lake Louise. Well, maybe it’s not totally their choice, but kudos to whoever that was responsible for the arrangement, they opted for the historic and secluded Skoki Lodge:

Rather than the grand and monumental Chateau Lake Louise facing the world famous Lake:

At first sight, the Chateau is more fitting for a royal than the little rustic log cabin that’s Skoki Lodge. But this may well be a statement clearly transmitted … William and Kate are as unassuming as their down-to-earth mountain abode.

A day after the royal couple has left Lake Louise by helicopter to the Calgary Stampede, Arti drove a couple of her own visitors to the Lake. We encountered strong winds and drizzles under an overcast sky. But I hope William and Kate had had a brighter view of this magnificent natural beauty, and saw the glacier that was shrouded in low mystic clouds when we were there:

As for their Calgary arrival for the Stampede, it’s quite a moving story. The bright yellow dress that Kate was wearing as she got off the helicopter could well be the most appropriate attire (rather than Western wear), for she represented a real-life princess Diamond Marshall had wished to meet in person. Six year-old Diamond has stage 4 cancer. Through the Make-A-Wish Foundation, she was chosen to present flowers to Kate. Here’s her letter written to the Duchess of Cambridge:

The most authentic moment, Diamond dashed out to hug Kate and presented to her a bouquet of flowers and her own hand-made friendship bracelet in a heart-shaped box. What did she think of the other half of the royal couple?  “He was a little bit handsome,” she said.

CLICK HERE to read the story of Diamond Marshall. 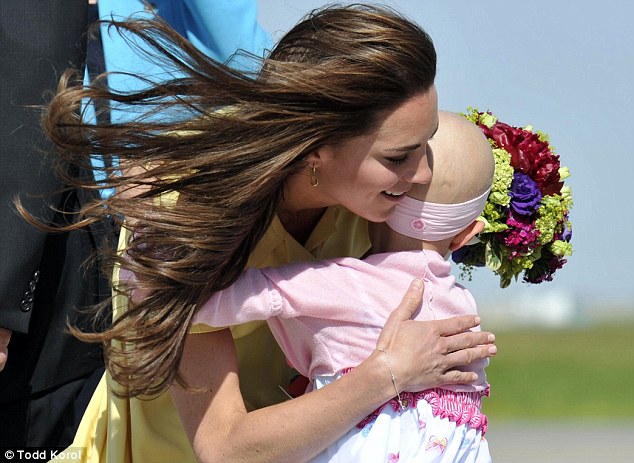 Kate and William did have their chance to don a white cowboy hat (Calgary’s honorable gift to distinguished guests). On July 7, Wednesday night, two members of Arti’s household had the invite to a reception organized by PM Stephen Harper. Arti’s own CS (turned CG in June) had the very close encounter of extending his long arm to shake both the hands of William and Kate. In the frenzy, CG’s iPhone photos were a bit blurry.  But here’s a sharper view of the two royals at the Calgary Stampede: 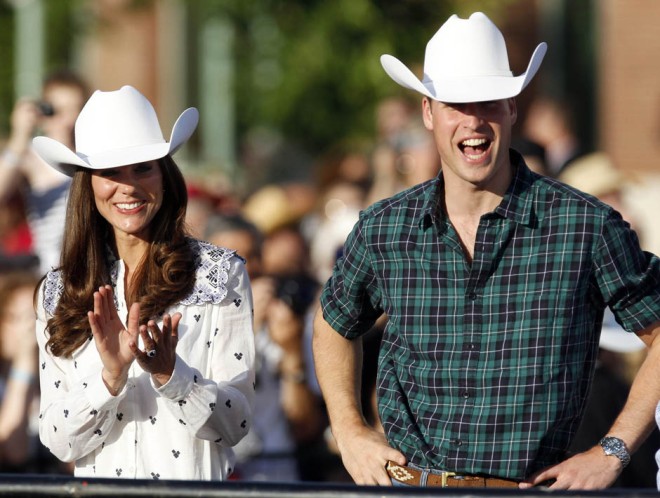 Kate and William will have their all dressed-up, glamorous red carpet reception with the celebs, the rich and famous of Los Angeles at their next stop after Calgary. But I’m sure only here in Alberta can they relax in a Rocky Mountain log cabin, dressed in jeans and plaid shirts, and where Kate can receive an impromptu hug from a six-year old cancer patient who dashes out to show her excitement, and where sincere authenticity can be freely expressed and cherished.

11 thoughts on “The Royal Visit: William and Kate in Alberta”