Spent a few days in the Metro Vancouver area last week. Didn’t see a lot of variety of shorebirds, but just catching sight of some Great Blue Herons was gratifying enough.

About half a dozen of them, far from where I was standing. They were peaceful and enjoying themselves until a Bald Eagle headed towards them, in a not-too-friendly manner. What was he thinking? He was alone and there were half a dozen Herons. An altercation soon followed, I could only hear the battle cries from afar but couldn’t snap the photos quick enough. But I can tell you, the Bald Eagle had to fly away subdued.

Here’s the approach. Whatever happened next you’re free to imagine:

Another time I got the chance to see a solitary Great Blue Heron up close and personal. It was a mesmerizing moment: 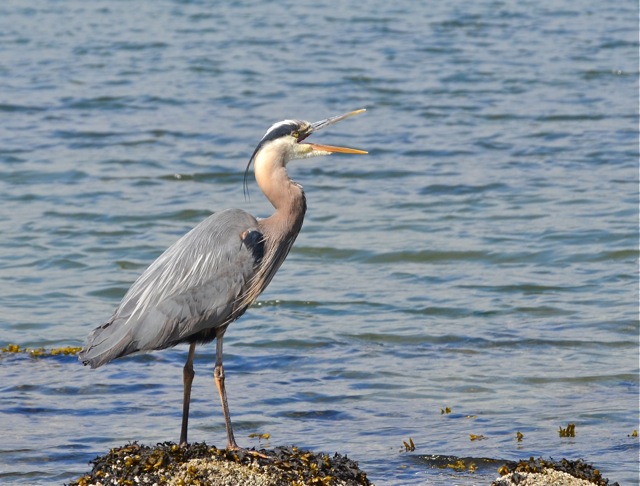 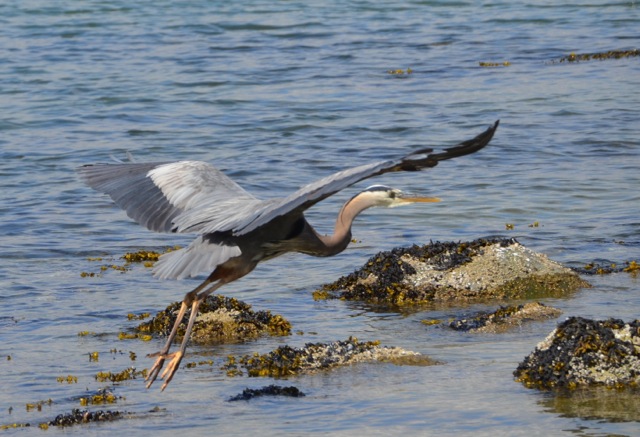 Another day at dusk, above a pond were Swallows mingling in the evening sky. They were flying so swiftly that I could hardly capture them on camera. But after I uploaded the photos, this is what I saw… looks like another mid-air altercation. But since they are of the same species, shall I say this time, a little domestic dispute? Or perhaps just friendly frolicking… 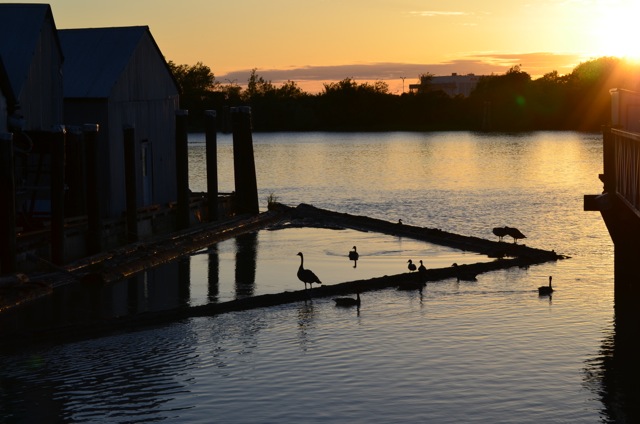 Saturday Snapshot is hosted by Melinda of West Metro Mommy. CLICK HERE to see what others have posted.