It has always been one of my favourite words, serendipity. But now, I love it even more.

While birding in the woods a few days ago, I saw in the not too distant sky a huge bird slowly gliding. I remember two words conjured up in my mind: mythical, and mystical. I was trying to decide which one was more apt to describe my sighting. It looked like a crane or maybe a swan; my imagination at that instant had just gone haywire with excitement.

She (or he) glided gracefully, lowering and finally landing somewhere, disappearing from my view. With my stalking instinct automatically kicked into overdrive, I made a 400 m. dash and lo and behold, found a little stormwater pond behind a grassy berm, a pond I was not aware of before.

What I saw was magical. Swimming slowly on the serene water was this calm and solitary Pelican, a huge contrast to the exuberant paparazzo nearby, huffing and puffing behind the bushes: 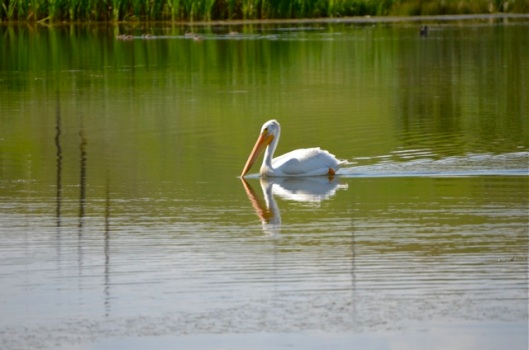 I watched her quietly … preening: 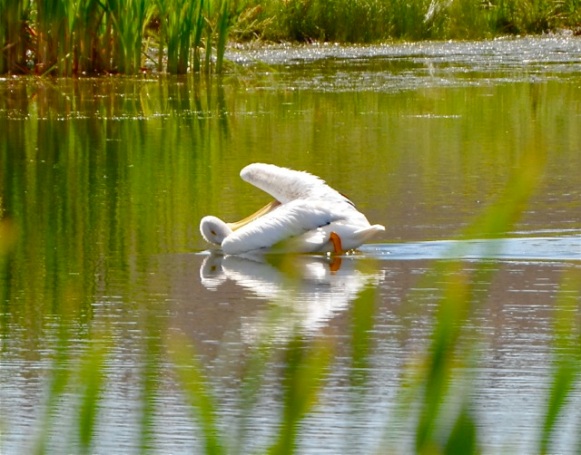 Gulping down her lunch. She dipped her beak into the water and came up with her prey. I could see the shape of a fish in her large pouch; the next second it was gone, swallowed up whole: 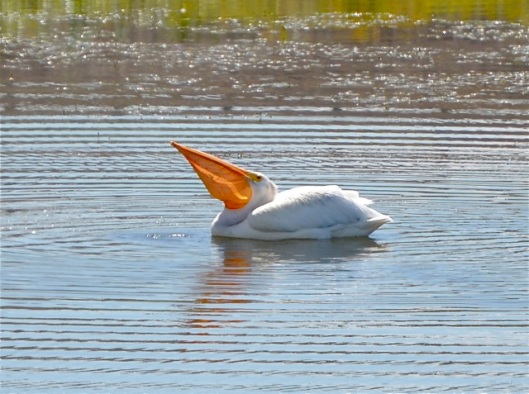 After some time, she suddenly decided to take off. The following sequence was probably the most rewarding for any nature paparazzo: 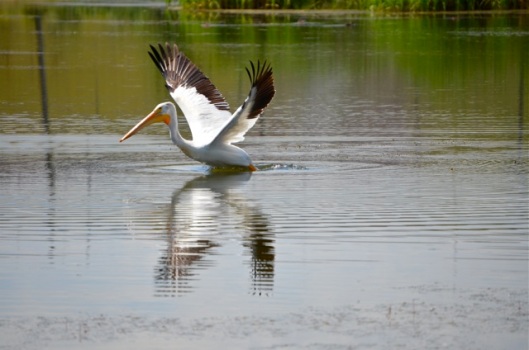 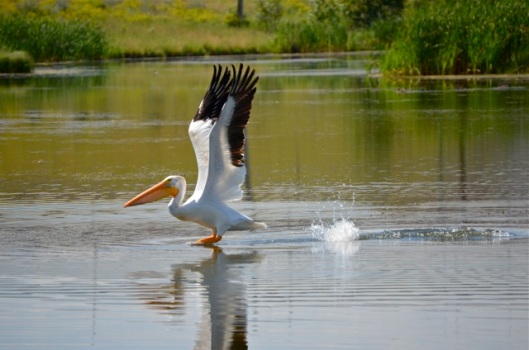 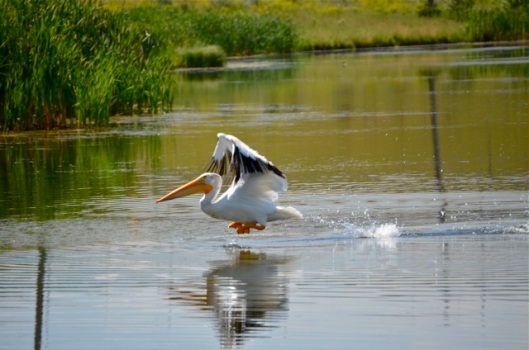 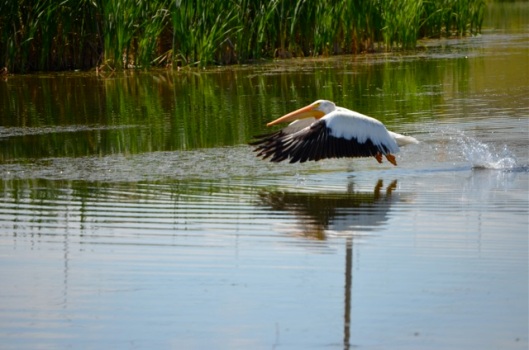 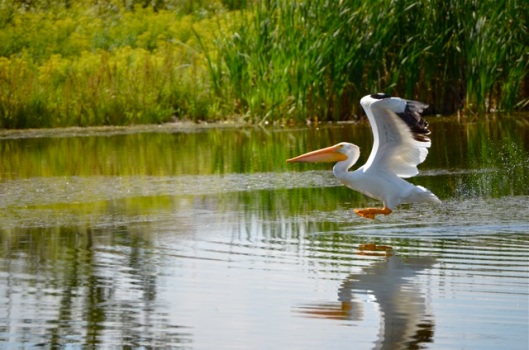 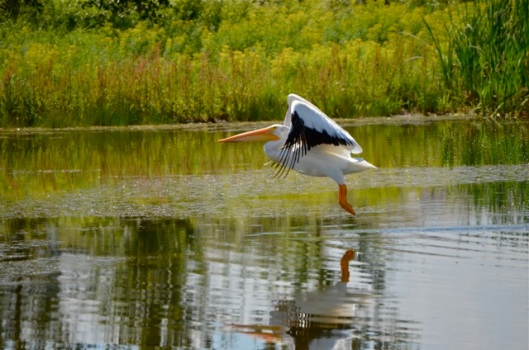 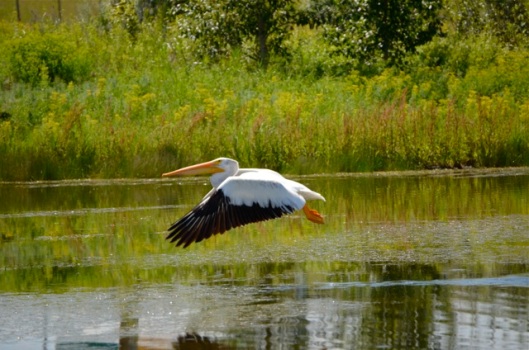 I later found out that the American White Pelican is one of the largest birds in North America. Averaging about 16 pounds, but some grow to as large as 30 pounds. They are among the heaviest flying birds in the world. Their 9-foot wing span, snowy white body and contrasting black wing tip give them their majestic look and graceful flight in the sky. They are gregarious, hanging out in groups.

That’s why I love my serendipitous find even more, a solitary Pelican, quiet and serene, and not along the ocean shore, but right in my neck of the woods at the foothills of the Rocky Mountains.

All Photos on this post are taken by Arti of Ripple Effects, July, 2014.

DO NOT COPY OR REBLOG