My ten-day trip to Toronto was not only about films. I brought along my camera and my ‘birding lens’, hoping to catch some birds in migration. Before I left, I read about  the hotspots for birding on Ward’s Island, and printed some pages off the Internet.

Ward’s Island is just a 15-minute ferry ride south from the Toronto Harbourfront. As soon as I got off the boat, I realized I’d forgotten to bring along the birding pages. Why was I not surprised? No matter, without the guide sheets, I was in for a fresh exploration and a mental exercise in information retrieval. So much the better.

It turned out that the first week of September happened to be a little too early for bird migration. Temperature is also a factor. The day I visited the island, it was 30C (86F). But instead of birds, I did take some photos on that piece of tranquility a stone throw from the busy metropolis.

The Boardwalk along the periphery of Lake Ontario: 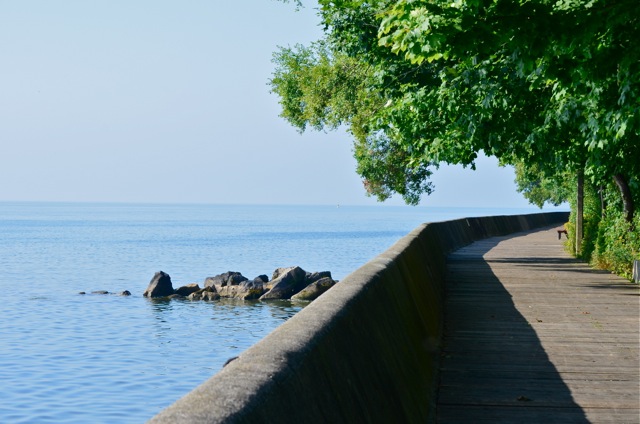 House boat or was it boat house on the canal… serene and reclusive:

I’ve never been to Monet’s flower gardens at Giverny, but I can imagine it looking at the canal. Just like to name these photos the Monet Effects: 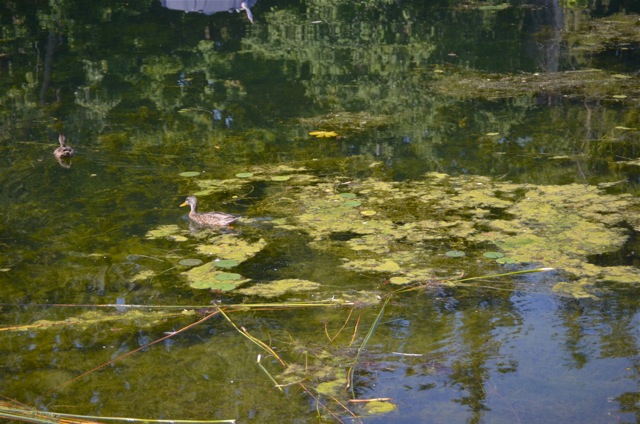 Ok, don’t rub it in. I appreciate the irony. But here’s the interesting thing: Look carefully and you’ll see the reflection is sharper than the subject, use ‘Chaos’ as the guiding light. 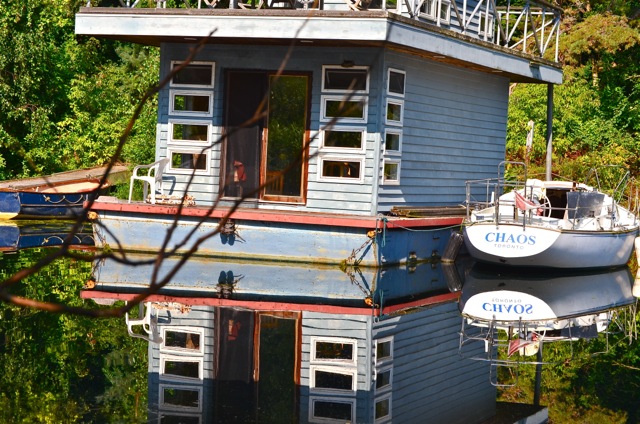 When I was just about given up on photographing birds, I sat down at the outdoor garden of The Island Café near the pier and had my breakfast. And what did I see? My very first sighting of Monarch Butterflies! 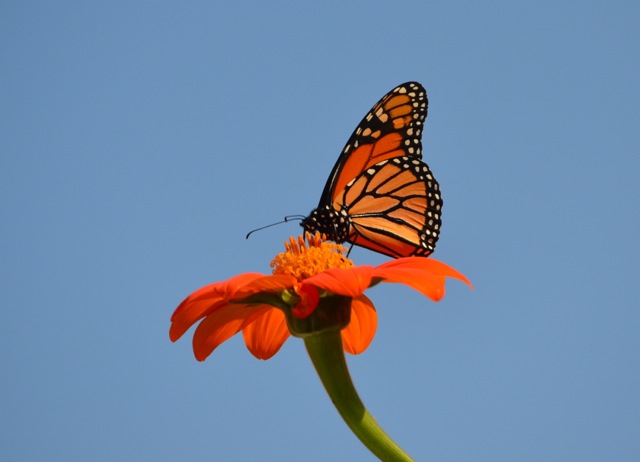 The Monarch, more than enough to compensate for my lack of bird sightings. A new burst of enthusiasm led me to retrace my steps along the canal to look more carefully for birds, but thanks to some overzealous fire ants successfully targeting my feet, I had to retreat after spending a fruitful four hours on Ward’s Island. A half day of total serenity.

Saturday Snapshot is hosted by Melinda of West Metro Mommy Reads. CLICK HERE to see what others have posted.

Photos in this post taken by Arti of Ripple Effects, September, 2014.
DO NOT COPY or REBLOG.