Rockport and Camden used to be one town at the mid-coast of Maine. Now separated as two but are still joined closely with easy access. The Maine Route 1 could lead me from Rockport in the south up to Camden in just 6 minutes, but I chose to drive into Camden using the side streets, the scenic route, more slowly, stopping for photos along the way.

The day broke grey but I was grateful that despite the overcast sky, there was no rain. Actually, after that wet pounding on I95 to Portland the day before, all the rest of the driving in my road trip was breezy and enjoyable.

The scenic route from Rockport to Camden was particularly memorable. Here’s a view out to Rockport Harbor along the drive: 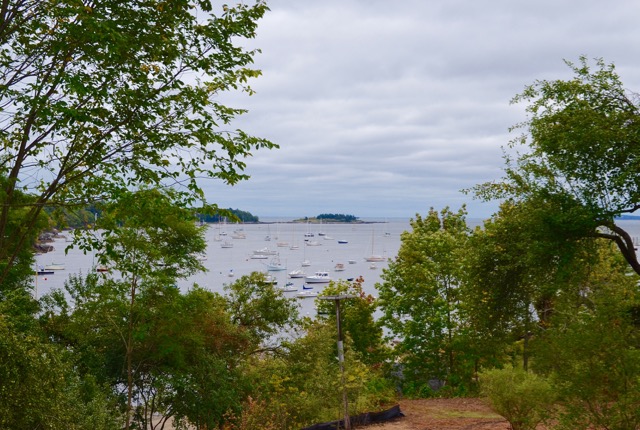 And what I saw as I looked down to the ground was an unusual sight, for me anyway: 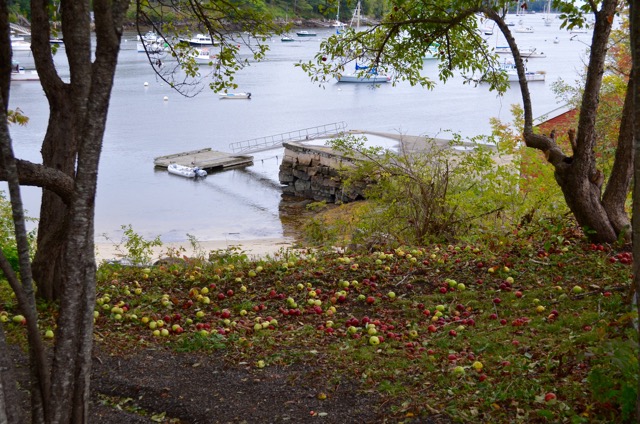 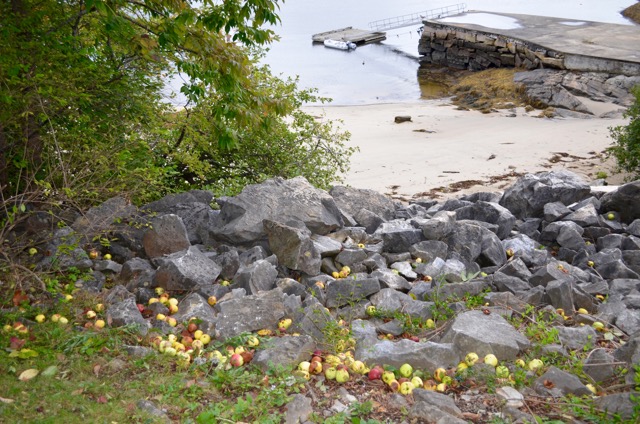 Coming from the foothills of the Rocky Mountains in Western Canada, I’d never seen so many apples fallen from trees, covering the lawn. I mean, they were not tiny Crabapples which are common back home, but big ones that I usually associate with orchards, but not at a harbor or marina.

From Route 1 heading north I turned off Pascal Avenue, then followed the scenic loop beginning with Central, then Russel, Limerock and Union. Once on Russel Avenue, I came to the Aldermere Farm, a landmark of mid-coast Maine. The farm is the world’s premier breeders of Belted Galloway cattle, or ‘Belties’, a breed originated from Southwest Scotland.

These white-belted cattle sure made one whimsical picture as they lazed on lush green pastures… think Oreo cookies in a large dish of wasabi: 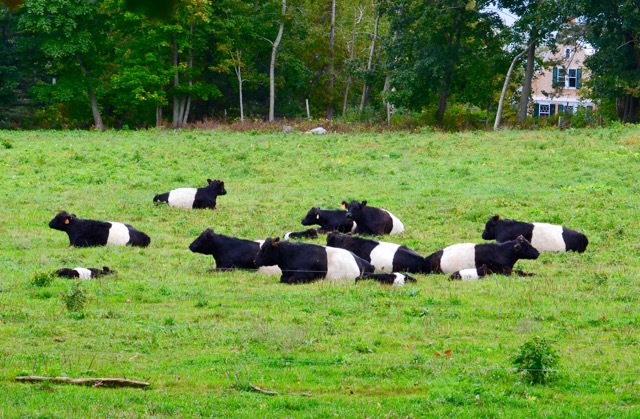 Seeing I had a camera, this ‘beltie’ showed off how to scratch an itch with no hands:

The foliage was still overwhelmingly green, making the few sporadic splashes of orangey-red even more inviting, confirming to me, yes, I was a week or two early. No matter, this kind of a setting was pure joy, even just for a look. And yes, the grass is always greener on the other side…

17 thoughts on “Scenic Drive from Rockport to Camden, ME”