Here are a few Book to Movie Adaptations that I look forward to. Some are already in theatres, others will come later this year, poised for the Awards Season. Still others have just been announced or in the early stage of development. 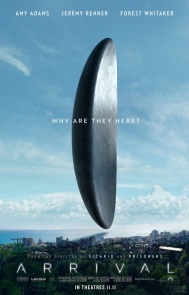 Already arrived in theatres, acclaimed Canadian director Denis Villeneuve’s (Sicario, 2015) first sci-fi feature that’s gaining buzz as this year’s award hopeful. Seems like every year we have one of those, like Gravity (2013), Interstellar (2014), and The Martian (2015). Alien arrival to planet Earth isn’t a new topic, but communicating with aliens in a cerebral, linguistic framework, with a female leading role is a first. Amy Adams plays linguist Dr. Louise Banks, moved to translate. What interests me most though is that the movie is based on a short story, “Story of Your Life” by the award-winning sci-fi writer Ted Chiang. From short story to the big screen will be a future post on Ripples soon. I’ve been reading quite a few to catch up. 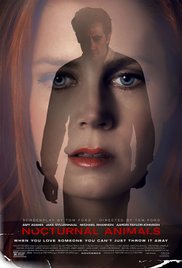 Amy Adams is on a roll. She has been in recent years. With five Oscar noms and yet to win, will this coming Awards Season end the drought? A movie based on a novel of a novel. Right, and that real novel is Austin Wright’s Tony and Susan. Exactly, probably that’s why director Tom Ford changed it to this current title for his movie. Amy Adams plays an art gallery director troubled by her ex-husband’s novel, which she thinks is a revenge tale on her. Intriguing storyline. Jake Gyllenhaal plays her ex. Director Tom Ford won the Grand Jury Prize at Venice Film Festival this year. Not bad considering this is only his second feature in directing. His first? He led Colin Firth to the actor’s first Oscar nom in A Single Man (2009). 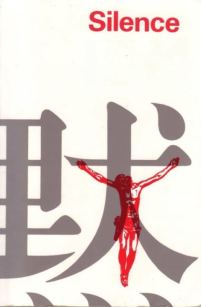 I’ve just reread this novel by Japanese writer Shûsaku Endô (1923-1996). This time it’s even more disturbing. In 17th C. Japan, a sadistic governor was determined to eradicate Christianity by turning devout Jesuits missionaries into apostates. His methods were ruthless and unimaginable, making waterboarding look like squirting with a water gun. Endô, a Catholic, had written a thought-provoking masterpiece, bringing out the unanswerable Question: Why is God silent in the midst of insufferable torments of his own? And now, the film adaptation by none other than Martin Scorsese, also a Catholic. I’ve a feeling that I need to gird myself for some tormenting scenes. But I just can’t resist that cast: Liam Neeson, Andrew Garfield, Adam Driver. Also, screenplay adaptation by Jay Cocks, two times Oscar nominee for his writing, The Age of Innocence (1993) adapted from Edith Wharton’s novel, and original script Gangs of New York (2002).

And now, to some announcements of future adaptations. Looks like F. Scott Fitzgerald is on a roll too. The Great Gatsby (2013) isn’t too distant a memory and now two upcoming features with prominent actors:

Film is inspired by Nancy Milford’s bio of Zelda Fitzgerald, a finalist for the Pulitzer and National Book Award when it first came out in 1970. Please note it’s not Z by Therese Anne Fowler as I first thought. So I read the wrong book and now I need to find Milford’s Zelda. I want to, for I trust an acclaimed biographer to tell me the ‘true’ story. Zelda and F. Scott’s situation is such an intriguing scenario: Can a couple with the same professional pursuit still be a loving pair and not rivals? Especially in the Jazz Age, where men dominated all scenes and women were but ornate “flappers” in parties, and yes, even as muses. Jennifer Lawrence is Zelda, Ron Howard directing. Sounds like a promising production.

The Beautiful and the Damned

That’s the name of the novel by F. Scott Fitzgerald whose married life with Zelda isn’t too far off from the characters in the book. Whether the film is an adaptation of the book, or just use the book title as the film title to tell the real story of Scott and Zelda is yet to be seen. Either way, it is one tumultuous marriage amidst the glamour of the Jazz Age. The movie is said to be in development, not much else is announced  except that Zelda is going to be another A-lister: Scarlett Johansson. For those interested in reading the book first, you have lots of time to catch up on the lives of Scott and Zelda, as well as this book.

For her directorial debut, Kirsten Dunst has picked Sylvia Plath’s The Bell Jar. I’d say, a challenging book to be adapted into film, albeit dramatic. Dakota Fanning will play Esther Greenwood, the coming-of-age story that leads her all the way to the border of madness. A heavy and difficult novel to handle as a directorial debut. But I’m sure Kirsten Dunst has her reason for picking Sylvia Plath’s famous work. Could this be the ripple effects of her experience starring in Lars von Trier’s Melancholia ? Patricia Arquette (Boyhood, 2014) co-stars.

20 thoughts on “Books to the Big Screen”