Funny, writing a post on this last part to wrap up our Read-Along is much harder than I first thought. Where do I begin? 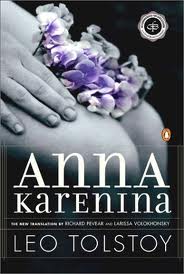 Here are just some thoughts.

Tolstoy the Psychoanalyst… and More

First, this is not just one story but several, and not just appreciating a 19th C. writer in distant Russia, but this is Tolstoy the master storyteller. I’m amazed at his craft. What a sharp observer of human nature, the incisive psychoanalyst decades before Freud, not only piercing into the minds of women and of men, but our canine pals as well. Tolstoy the dog whisperer. Why, the hunting scene in Part Six is a unique exploration into the cognitive dissonance of Levin’s four-legged hunting partner Laska. And Tolstoy has amusingly shown us why dogs are man’s best friend. They know their master’s shortcomings, yet still remain faithful.

And then there’s the humor. I was surprised from the start that Tolstoy’s style is so light and sometimes even deadpan. The best quotes comes from the minor characters. Here’s one from Yashvin, Vronsky’s friend from the military, condensing the 800 plus pages in a nutshell:

Tolstoy can make one superb late-night show host. Listen to this:

A man can spend several hours sitting cross-legged in the same position if he knows that nothing prevents him from changing it; but if he knows that he has to sit with his legs crossed like that, he will get cramps… (p. 528)

That was what Vronsky feels with regard to society. And we know Vronsky gets more than just leg cramps.

Tolstoy the humorist? Or realist? Even the most casual remarks could bring me a smile of agreement. Like here, responding to Vronsky’s urge to go out for a walk, Oblonsky has aptly voiced out my sentiment:

‘If only it was possible to stay lying down and still go,’ Oblonsky answered, stretching. ‘It’s wonderful to be lying down.’ (p. 589)

All the World’s a Stage

And then there are the spectacles. Society’s a stage where people are actors and spectators all at the same time. Tolstoy throws in many scenes reminding us that. When Anna and Vronsky come back to Petersburg, they appear separately in public at the theatre, something that Vronsky insists and Anna is indignant about. Vronsky seems to favour the spectator role, searching out people through his opera-glasses. In contrast, Anna would rather be the actor, bravely ignoring reverberations, be on centre stage. From his glasses, Vronsky saw Anna’s head, “proud, strikingly beautiful, and smiling in its frame of lace.” But now that he has her the mystery vanishes. Her beauty, though still entices, begins to ‘offend’ (p. 546).

If Anna could have detached more and emoted less… Of course, she has never expected how fickle love can be, or that passion is so short-lived or changeable due to varying circumstances, or that too much of it could smother and delude. Ironically, she does look before she leaps. If only she has used her rationale for better judgement rather than calculating when the middle between two train cars will come, all for satisfying her own delusional revenge on Vronksy.

Further, which should have been no surprise to her, that marriage has ties that linger even after intimacy ends. Anna does not choose Vronsky over her husband, but Vronsky over her son, the two loves of her life. She has chosen romance over motherhood. If I’m being a tad bit unsympathetic, maybe that’s Tolstoy’s doing.

What’s surprising to me is that Tolstoy is quite matter-of-fact about Anna’s predicament. His description of Anna’s tragic demise is just one paragraph, and after that, no more mention of her. Following that comes Part 8, wrapping up the whole book with the limelight on Levin. Quite puzzling really since the book is her namesake.

At the end, is Tolstoy offering a contrast to Anna’s tragic end by detailing Levin’s spiritual awakening? The master storyteller certainly doesn’t shy away from issues which would be considered sensitive subjects and even taboos today, like God, religion, spirituality and morality. So in the book entitled Anna Karenina, Levin has the last word. Umm… which leads to a speculation that Tolstoy might have ‘an agenda’ behind his writing. Is he proselytizing?

More and more these days, I’m seeing people getting edgy about others presenting the case for faith, especially taking offence when it comes to Christianity. Nobody would squirm a bit if suddenly one day you declare you’ve become a Zoroastrian. Mind you, Tolstoy’s handling of Levin’s conversion is reasonably and philosophically grounded, albeit that sudden spark of epiphany is too overwhelming and spontaneous to be rationalized.

And all is within context of the story. Levin, having exceedingly gratified by marital bliss, by the pure love of an angelic woman in Kitty, and witnessed the miracle of life in seeing the birth of his son, has opened unreservedly his heart and soul towards God. We can read it as it is, a convincing turn for a character who has consistently been authentic and genuine in his search for meaning.

If we take offence to this ending, suspecting a hidden agenda from Tolstoy, then we could well shed similar sentiments towards other writers whose faith, convictions, or philosophical viewpoints are presented overtly or seeped through silently in their works. Would we be equally alarmed or offended when we read, for example, Thomas Hardy with his naturalism, Camus and Sartre their existentialism, Graham Greene his Catholicism, Isaac Bashevis Singer his Judaism, Somerset Maugham his Buddhism, and for that matter, Salman Rushdie his atheism? There’s no neutral writing, is there? Every writer breathes into his writing that which stems from his or her own personal world view and hopefully authentic self.

Funny too how Tolstoy in his time could so freely describe Levin’s spiritual awakening and explicitly write about the argumentations for the Christian faith in a literary work. Just makes me think that there might be more freedom of expression in days past than in today’s society.

So here we are, at the end of another Read-Along. Thanks to those who has participated in reading these 800 plus pages with me. To all who have stopped by the pond and thrown in a pebble or two, I’ve appreciated the ripples. To those who are just curious onlookers, your visits mean no less. It’s been a fun ride. Hopefully we’ll do another one in 2013. Will you join us then?

And now, to the movie…

Do go and visit these other Read-Along participants and join in the discussion there:

Stefanie of So Many Books

Photo of Mariinsky Theatre from russiantourguide.com