Here are the books and movies, experiences and encounters that I’d rated 4 Ripples this year. Click on the links to read my reviews.

The End of the Tour

At the Cineplex, I’d also enjoyed four National Theatre Live performances on screen direct from the London stage. All of these are memorable. CLICK HERE to read my post on the first three, and HERE for Hamlet:

The Hard Problem by Tom Stoppard

The View from the Bridge by Arthur Miller

Man and Superman by Bernard Shaw

As in years past, the number of books I’ve read is only about half of the films I’ve seen, a stat that I’d like to improve in the future. Here are the Top Ripples in books I’ve read in 2015, not all published in this year obviously.

The Age of Innocence by Edith Wharton

Beware of Pity by Stefan Zweig

Here, I must mention my 4 Ripple Experience: Fall Foliage Road Trip across four New England States two weeks in Sept/Oct., prompting me to write 10 blog posts when I came back. Starting here.

Another 4 Ripple Encounter is attending the Merchant Ivory Retrospective in December. I’d never thought I could actually see director James Ivory in person. And so I did. It was fascinating listening to the 87 year-old, legendary director who’d brought us A Room with a View (1985), Howards End (1992), The Remains of the Day (1993), and many other literary to film adaptations talk about the working dynamics of Ismael Merchant, writer Ruth Prawer Jhabvala and himself in the creative process.

Here’s a photo of the occasion, a Q & A session with film critic Katherine Monk after the screening of Heat and Dust, adaptation of the Man Booker winning novel (1983) by Ruth Prawer Jhabvala: 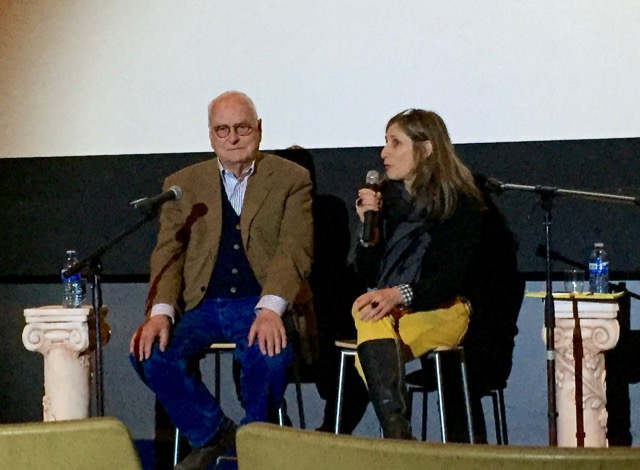 Can a Movie Adaptation Ever be as Good as the Book