Half a year’s gone already. How’s your reading and watching coming along? Here are some movie adaptations I anticipate for the latter half of the year.

The Glass Castle by Jeannette Walls

Finally, the movie adaptation is completed. More than seven years on the NYT Bestseller list, Jeannette Walls’ 2005 memoir of resilience and delight – yes, the two can co-exist – is high on my TBW list. After receiving her Academy Best Actress Award in another book-to-screen adaptation, Room (2015), Larson is back with her Short Term 12 director Destin Cretton. Interesting cast for the parents, Woody Harrelson as dreamer dad Rex Walls and Naomi Watts as uncouth artist mom Rose Mary. Coming out in August. Should be a good summer movie.

Moggach’s best known book is probably The Best Exotic Marigold Hotel, among her many titles. Tulip Fever is the author’s first historical fiction set in 17th century Holland, evoking the paintings of Vermeer’s. The story begins with a rich merchant in Amsterdam commissioning a painter to paint his young bride. The rest is up to the further imagining of Moggach’s creative mind. From book to screen adaptation written by Tom Stoppard, directed by Justin Chadwick, who helmed the adaptation of Philippa Gregory’s The Other Boleyn Girl (2008) and the excellent TV mini series of Dickens’ Bleak House. Cast includes Alicia Vikander, Judi Dench, Christoph Waltz. Coming out in August. Should be another good summer pick.

Another one high on my TBW list. This is one YA novel that appeals to both young and old, for the theme of acceptance and empathy is so much needed in our time. A look at the trailer shows the film is well cast. Room’s breakout young star Jacob Tremblay as disfigured fifth grader, entering school for the first time in his life; Julia Roberts plays mom and Owen Wilson is dad. Stephen Chbosky (The Perks of Being a Wallflower, 2012) directs. To be released November, 2017.

Murder on the Orient Express by Agatha Christie 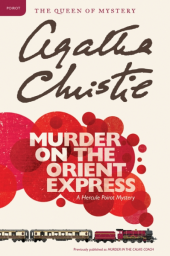 Dame Agatha Christie’s famous work has gone through many renditions on the big screen, small screen and even a video game. But the classic has to be the Sidney Lumet directed 1974 production with Albert Finney, Lauren Bacall, Ingrid Bergman, John Gielgud, and a young Sean Connery, just to name a few. This 2017 version is directed by Kenneth Branagh who will, of course, takes up the role of Hercule Poirot. Cast include Johnny Depp, Michelle Pfeiffer, Daisy Ridley, Penélope Cruz, Judi Dench, Derek Jacobi, Willem Dafoe, a modern classic in the making? Coming out November, 2017.

Talking about Dame Agatha, the latest, yes just hours ago, it has been announced that the prolific writer – whose books have sold only less than The Bible and Shakespeare according to The Hollywood Reporter – will ring in yet another adaptation by BBC in time for the Christmas season. BBC touts a mighty cast with Bill Nighy, Catherine Keener, Matthew Goode, Eleanor Tomlinson among many talents. A jolly good Christmas for the Brits indeed. We’ll have to wait for Masterpiece to act.

Wonder by R. J. Palacio: Required Reading for All

If she’s not birding by the Pond, Arti’s likely watching a movie, reading, or writing a review. View all posts by Arti