Continue from last post… succumbing to the Boxing Day craze.

Other than the art calendars, I found these bargains, books that kick off my 2011 reading plan and some DVD’s at very collectible prices: 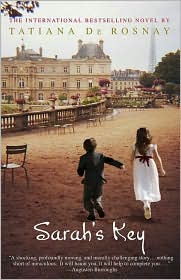 Already made into a movie (Elle s’appelait Sarah by French director Gilles Paquet-Brenner) premiered at Cannes and TIFF last year.  A journalist discovering a holocaust story about a ten year-old Jewish girl who tried to save her younger brother from the police by locking him in a cupboard.  The key will play a major part in a moral dilemma.  This much I know and it’s already captivating, especially with Kristin Scott Thomas playing the role as the journalist in the film.

The Finkler Question by Howard Jacobson

The winner of the 2010 Man Booker Prize.  Here’s the description from the Man Booker’s official site: “a scorching story of friendship and loss, exclusion and belonging, and of the wisdom and humanity of maturity. Funny, furious, unflinching, this extraordinary novel shows one of our finest writers at his brilliant best.”  I’ve enjoyed reading some of the past winners and look forward to this one.

I got this over the holidays and have already finished reading it.  I have mixed feelings about it. The 9/11 story from the POV of a 9 year-old boy is poignant, and the way JSF presents and illustrates (the visuals) it is a new reading experience for me.  A movie is in the works with Tom Hanks and Sandra Bullock co-starring.  Mmm…

Music of Chance by Paul Auster

I have quickly devoured this one over the holidays together with the turkey.  The reason I was looking for this book is because of the movie.  I first saw the film adaptation a few years back and it stirred in me an unsettling resonance beyond words.  It’s a modern day Sisyphus story pitting man against chance, absurdity, and himself.  You must read it and then see the film, which unfortunately, is so overlooked that you’ll have a hard time finding it. But it deserves high acclaim, especially the performance by James Spader.  The film is also one of the best ‘Book Into Movie” adaptations I’ve seen.

Translated by Moncrieff and Kilmartin.  I know many of you have read Proust and some may be Proust scholars, let me know what you think.  As for me, its attraction is simple.  How can you resist a beautiful Modern Library Classic edition with such an appealing cover?  It’s comforting just to see and touch it.  I’ve downloaded an e version into my Stanza app some time ago, but could never get into it by reading it on my iPhone.

The Early Work Of Philip K. Dick, (Vol. 1): The Variable Man And Other Stories

The main reason I got this, yes, it’s also a bargain at $5, hardcover… but the main reason is it contains a story I was looking for: ‘The Adjustment Team’, which is an upcoming movie (with Matt Damon and Emily Blunt).  I’m not a Sci-fi fan, but did enjoy some of Dick’s works adapted into films, like Minority Report (2002).  Others including Blade Runner (1982) and Total Recall (1990) are all ‘classics’ now in the Sci-fi film genre.

And some very collectible DVD’s:

I finished Nora Ephron’s I Remember Nothing and Other Reflections not too long ago.  It’s a revealing and amusing memoir.  That’s what prompted me to grab this DVD when I browsed the 50% off table at Chapters (Canada’s equivalent of Barnes & Nobles), about $5.  When Harry Met Sally (1989) is Ephron’s breakout screenplay in the romantic comedy genre.  After that is history… Sleepless In Seattle (1993), You’ve Got Mail (1998), and most recently, Julie and Julia (2009).  But do you know she also wrote the screenplay for Silkwood?

Children of a Lesser God 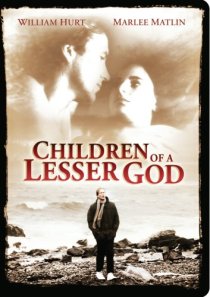 This is probably one of the most forgotten films that deserves more mention.  There is inherent difficulty in the execution of a film where one of the two major characters is a deaf-mute.  But the relationship and the communication conflicts between Marlee Matlin as a student in a deaf school and William Hurt as a speech teacher just show how realistic these obstacles are.  Marlee Matlin won the Academy Award for Best Actress in 1987 for her role, not bad for a debut. Her affective performance was made even more poignant due to her real life impediment.  It has been decades now since I first saw it in the theatre. I was delighted to be able to find a copy to keep, $4.

Now let me shift gear to the 68th Golden Globes this Sunday, January 16…