I’ve tried different words for the title: Two films for the uninterested, indifferent…

So you think Easter is too maudlin an occasion for you. You’re not fond of bunnies, nor church services, and this talk about death and new life has become too clichéd. That’s ok. How about watching a couple of films? No, not Mel’s Passion, you know how the story goes. Something different.

First is a rather tame one. Previously on Ripple, I’d written about the book by Georges Bernanos’s The Diary of A Country Priest (1936), here’s the film adaptation (1951). Watch it for its artistic values and for the appreciation of a French film legend, Robert Bresson.

I know, Austrians would say Mozart was Austrian, but this just shows his influence has crossed borders. Same with Bresson, who is acclaimed as one of the forefathers of the French New Wave, even though his style is not experimental. Swedish iconic director Ingmar Bergman had specifically cited Diary of a Country Priest as influence for his Winter Light.

Do note this: Bresson was a professed agnostic. His adapting a work by the Catholic writer Bernanos shows the moving power and the universal appeal of the book. The parish of Ambricourt in the story is a microcosm of the human world. The seemingly placid village hides a spiritually barren landscape and a cocoon of malice. The young priest, an unwelcome alien, is barred from entry into the inner world of its residents. 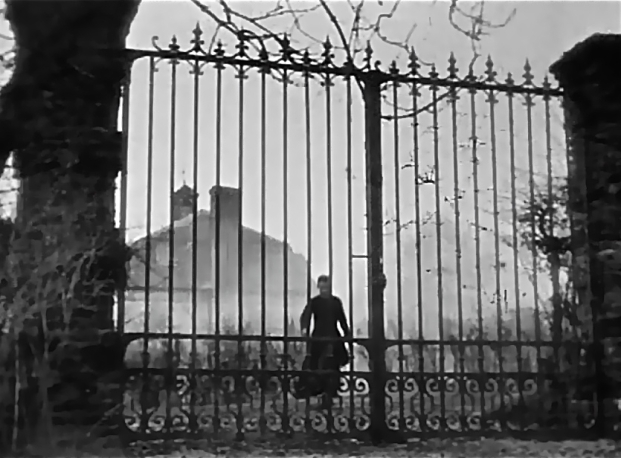 Watch for its cinematography. Watch for its symbolism. I won’t go into details again. CLICK HERE to read my full review after you’ve finished this post.

A 1951, black and white film may not pique your interest. Here’s a modern version, and a word of warning: Definitely not for the faint of heart. 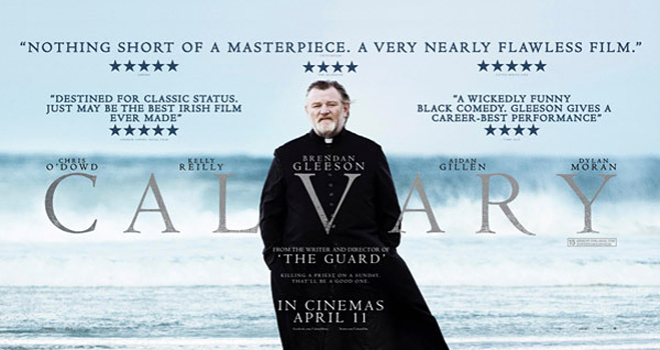 Calvary, the acclaimed 2014 Irish film written and directed by John Michael McDonagh (The Guard, 2011). It won the Prize of the Ecumenical Jury at the Berlin International Film Festival that year among other accolades, and Brendan Gleeson garnered several Best Actor awards in the festival circuit.

Unlike the young priest in Diary, Father James (Brendan Gleeson) chooses to enter the priesthood in his middle age. He was married before, now a widower, has an adult daughter Fiona (Kelly Reilly). He has his past, but has made a clean start, to serve with integrity in an Irish rural town. Like the young priest in the French town of Ambricourt, Father James’ sincerity and total commitment is met with ridicule and hostility, albeit on the surface, the town folks seem to be relatively friendly to him.

How has the world changed since Bernanos’s time? Plenty, not just for the way people conduct their lives, but the Catholic Church has left a tarnished image of sexual abuse.

The opening scene sets an ominous overtone of what’s to come. It is Sunday, Father James sits in the confessional. On the other side a man tells his story explicitly of being raped by a priest when he was seven years old. That horrifying experience lasted for five years almost every other day, rendering him irreparably damaged. He utters a death threat to Father James: one week later he will meet him on the beach and he will kill him.

Why kill Father James? He’s an innocent priest, a good one as a matter of fact. The man says: “There’s no point killing a bad priest. But killing a good one? That’d be a shock. They wouldn’t know what to make of that. I’m going to kill you cos you’ve done nothing wrong.”

Retribution for the crimes of the Catholic Church? Resolving personal bitterness? Administering justice?

A startling opening that turns into suspense as the film progresses. Father James recognizes the voice. He knows who he is, but we as audience don’t. The director leads us to look into the lives of several characters, allowing us to ponder who it is that wants to kill the priest. Sounds familiar? “Lord, who is it?” But Father James knows, and he still treats the man with a pastoral heart.

“I’m going to kill you cos you’re innocent.” Every day of the week, Father James lives with that threat. Each passing day sends him closer to the hill called Calvary. But Father James goes on with his work, caring, being a friend, ministering, including to his own daughter who has recently attempted suicide. He is heartbroken; she feels she can go on now knowing he cares.

Not saying that he’s a saint. How can you live with such a threat from a man who seems to mean business. Father James is all too human… and that’s the side that appeals. To say it’s been an eventful week is an outright understatement. Things just get too personal, and Father James copes with all the wits he can muster. He needs not turn water into wine, there’s plenty around. He waits. We wait.

Then Sunday comes. He prepares himself and heads to the beach.

The very last scene is one of the most heart-wrenching endings I’ve seen, and it’s not at the beach, not with Father James.

It’s about the ripple effects of Calvary: one man bearing the sins of all.

Homage to Flannery O’Connor: Looking for Intrusions of Grace in Films

6 thoughts on “Two Films for Thoughts at Easter”