Previously on Ripple, I’d posted lists of books-to-movies coming out soon here and here. If you’ve gone to the theatre lately, you’ve probably seen trailers for some of them: The Goldfinch, Where’d you go Bernadette? or Cats (like a horror movie for someone who has ailurophobia.)

Here are some updates. The following is a list of movie adaptations in development for the big screen or TV series. They are in various stages of production, just announced or in pre-production, release dates unknown or tentative. If you’re the well-prepped movie goer, here’s your list of summer reading:

Where the Crawdads Sing by Delia Owens

Now 46 weeks on the NYT Bestsellers List and has sold more than 1.5 million copies, Owens’s debut novel about a young girl who has raised herself and survived alone in a coastal North Carolina marsh is a mix of nature writing, murder mystery, and coming-of-age story. Reese Witherspoon will be producing it with Fox 2000. Owens is a wildlife scientist and nature writer who had spent years in Africa.

Another project by Witherspoon’s Hello Sunshine production company. Ng’s novel about families in a Cleveland suburb dealing with diversity, teenager angsts, and generational conflicts had been named Best Book of the Year (2017) by NPR, Amazon, Goodreads, The Guardian… just to name a few. It will be adapted into a TV series with the Hulu platform.

The producers of American Beauty (1999) which won 5 Oscars in 2000 have bought the movie and TV rights of the book. Another novel about suburban families is being described in Goodreads as “profoundly moving.” Author Keane was a 2015 Guggenheim Fellow in Fiction; her previous works had been a finalist for the PEN/Hemingway Award and garnered Best Book of the year acclaims.

The Silent Patient by Alex Michaelides

Screenwriter Michaelides’s debut novel is described by Entertainment Weekly as “a mix of Hitchcockian suspense, Agatha Christie plotting, and Greek tragedy.” A psychotherapist has to unlock the mystery of his patient who’d killed her husband six years earlier and then remained silent since. (Read an excerpt using the link) Meanwhile, Michaelides will write the screenplay, naturally. Brad Pitt’s Plan B and Annapurna Pictures producing. 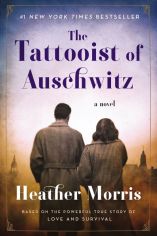 The Tattooist of Auschwitz by Heather Morris

Hailed as the true story of Slovakian Jew, Lali Sokolov, who fell in love with a girl he was tattooing at the Auschwitz concentration camp during WWII, a powerful story of love and survival. British producer Synchronicity Films had secured the rights and a drama series is in development. Here’s the rub: the Auschwitz Memorial Research Centre had disputed the authenticity of the book according to The Guardian. A case of negative publicity is still good publicity? 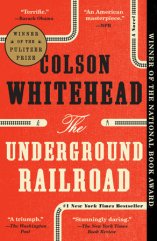 The Underground Railroad by Colson Whitehead

Colson Whitehead’s Pulitzer Prize for Fiction winner (2017) is adapted by director Barry Jenkins. Jenkins’s name had catapulted to stardom since his Oscar win for Moonlight (2016) and the subsequent If Beale Street Could Talk (2018). The story of the harrowing escape of two Southern slaves Cora and Caesar using the Underground Railroad is adapted into 11 episodes for Amazon Studio. 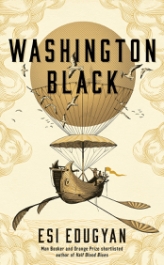 The book is Edugyan’s second consecutive win of Canada’s Scotiabank Giller’s Prize, also shortlisted for the 2018 Booker Prize. The journey of 11-year-old slave boy “Wash” born on a Barbados plantation is a fantastical story of adventure when he became the personal servant of Englishman Christopher Wilde, inventor, naturalist, explorer, and abolitionist. 20th Century Fox TV, after “an intense bidding war” , had secured the rights to the small screen.